The subject of this episode of the Better Boards Podcast Series was ‘Why does ethnic diversity matter in British boardrooms?’ Joëlle Warren MBE, Founding Partner and Executive Chair of Warren Partners and Khurram Hussain, Consultant Partner with Warren Partners spoke to Dr Sabine Dembkowski 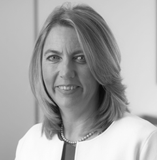 The conversation followed on from the update in February of the Parker Review which investigated ethnic diversity of UK boards.

One of the key insights brought up early in the podcast was a recent study conducted by McKinsey. The study, entitled ‘Diversity Wins‘, outlined the business case for improving diversity at the board level. The study which was conducted in over 15 countries and with over 1000 large companies, found that the top quartile of companies for ethnic diversity outperformed the bottom quartile in profitability by 36%. This study also found that the likelihood to outperform was higher for diversity in ethnicity than it was for gender.

The point was raised that many leadership teams find the topic of ethnic diversity too difficult or too sensitive a topic to discuss, which impacts the recruitment and nomination process. In this case, some responsibility falls to head-hunters and recruiters to push back and challenge where they see processes or specifications that may be unconsciously biased against those from a different background into having a fair chance at success. An example was raised that on a short-list of four, a sole woman had far less of a chance of success than any of the other three men. Therefore, the recruitment process should aim to set a diversity standard that includes more than one person from a different ethnic background.

“There’s a huge demand for people who are different”

While the topic of conversation was about practical tips for candidates themselves, there were suggestions to raise their profile internally within their organisation, making the most of senior management fast tracks, gaining exposure to the board and securing internal mentors and sponsors.  But also, to raise their profile externally, through speaking engagements, attending events, writing blogs and securing an external mentor.  And finally, raising their profile online in such a way as to draw attention to the skill sets and capabilities which head-hunters search for, even with those who may not necessarily have current board-level experience.