The subject of this episode of the Better Boards Podcast Series dealt with “Changing the racial diversity on FTSE boards”. Richard DeNetto from the CBI, spoke with Dr Sabine Dembkowski. 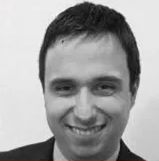 The Parker review set targets and displayed the status of racial diversity for boardrooms in the UK. Progress has been slow, and the targets set by the Parker Review for the UK are on course to be missed. In response, a group of senior leaders has come together and is committed to taking action to increase racial and ethical diversity in their businesses.

Richard DeNetto heads up the initiative ‘Change the Race Ratio’, which has close to 90 signatories from across the business landscape.

He was Associate Director for the CBI (Confederation of British Industries) East of England before joining the team to launch Change the Race Ratio alongside business leaders in Aviva, Deloitte and Schroders.  He has a track record of running people related businesses and operations across both management and director level staffing firms and as the CIPD’s Chair for Cambridgeshire and Treasurer for Mid and North Anglia.

“A peer group where business leaders can join a safe space”

The ‘Change the Race’ initiative is a movement started between the CBI and 14 founding partners who believe it is time to change the Race Ratio within UK boardrooms and are willingness to commit publicly to implementing change. The group will provide a space for those involved to share ideas and challenges so greater progress can be made.

In a surprising number of cases amongst the FTSE 250, there has been no improvement of racial diversity within the board room. While some improvement has been made within the FTSE 100, it still falls short of the goals laid out by the Parker Review.

While some progress has been made towards increasing racial diversity in boardrooms. It has been noted that many of the hires are being made into roles such as Chief Marketing Officer, HR Officers and ExCo roles in D&I. These are roles which are not usually associated with the career histories of Chairs and Chief Executives, and therefore it presents an issue in that people from different backgrounds are not being given opportunities within the traditional routes to the top positions.

“A board level issue”

To find out how you can participate in the Better Boards Podcast Series or for more information on Better Boards’ solutions, please email us at info@better-boards.com.